Now we have included scheduled recordings – either via EPG (if XMLTV is setup in the server) or manual.

For testing purpose, we also added a “Pause” button in the client. Even if we are not too happy with the handling: if play is pressed after the playback has been paused, it takes 15 seconds to continue playback. And this 15 seconds are lost. And if another channel is selected, then the server must restart the live stream segmentation (because otherwise it would take too much time to switch to the new channel stream). But having the pause feature outweighs these minor drawbacks… 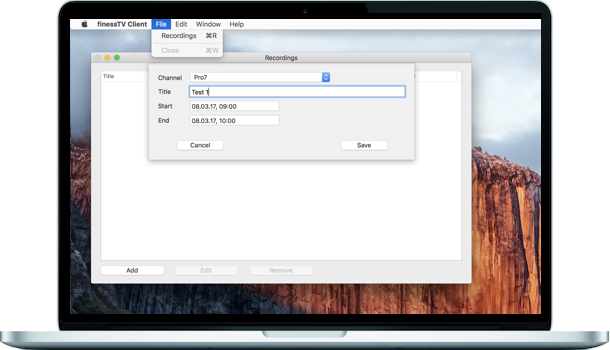